Creators
In conversation with
Simon Stockhausen 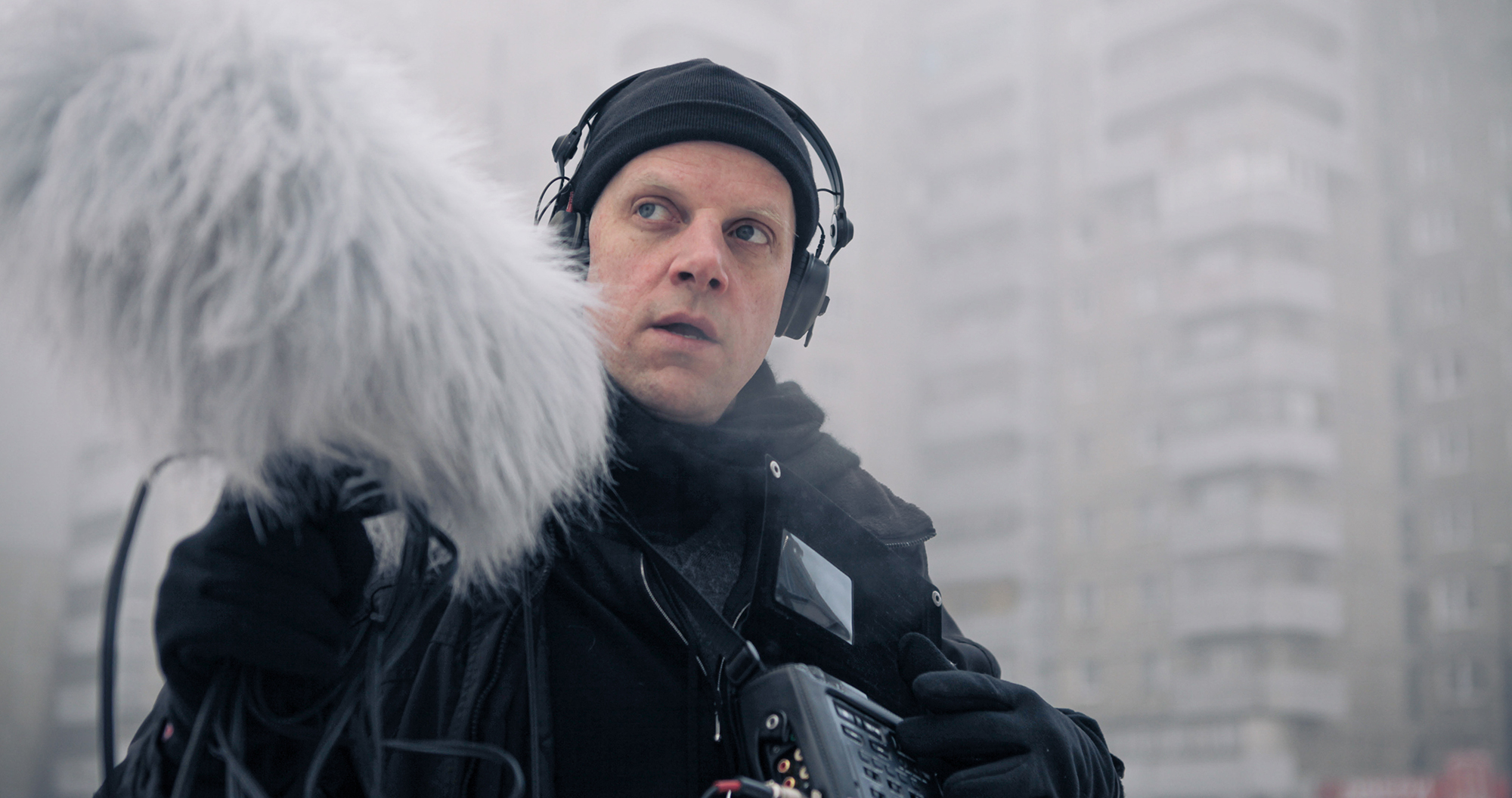 Can you introduce yourself and let us know your background?

I was born in 1967 as the son of a composer and a visual artist. I grew up in an artistic environment and so my musical education began at the age of five, learning the piano, saxophone, composition, drums, and at the age of nine I got into synthesizers and electronics. After leaving school I toured the world as a member of my father’s ensemble, performing and also producing the electronic music for his music and at the same time beginning to explore jazz, fusion and improvised music together with my brother Markus, a trumpet player.

I experienced the transition from analog to digital, the DX7 was released, portable DAT-recorders became available, and I explored field recording and sound design. I began to earn a living by composing myself, and explored many styles from atonal modern classical music to electronic, to fusion, to jazz, to pop, to ambient music. I worked in the fields of theatre music, film music, sound installation, multi-media shows, collaborated with visual artists and dance companies, and also had the chance to write music for orchestra, chamber ensembles and big band, always mixing instrumental and electronic music.

I was always interested in the transition from noise to music, where does noise end and where does music start, as basically every sound in our environment has a rhythm, a melody, often a tonal character and placing a sound in a different context will transform it into something that can be associated with music.

What was your approach to creating Fluidity? How did you choose where to go, and what were your first steps?

For a long time I wanted to create a sound library around the sounds that water can produce, collecting field recordings of rivers, brooks, fountains, water-falls, and the ocean, but also close-micing water sounds in a studio environment and processing these water sounds, e.g. with resonators so they transform from “noise“ into tonal textures which can be played chromatically.

As a second strong ingredient I added the element of air, sampling wind instruments like flutes, saxophones, bottles, vocals and then audio-morphing various sounds with each other, spectrally freezing and re-synthesizing sounds and manipulating them in numerous ways. I experimented with techniques to “liquify“ acoustic and electronic sounds to complement the water sounds, and create patches which can be associated with fluidity. String instruments like the cittern, violin, cello and acoustic (respectively) modeled mallet sounds - e.g. sampling my HAPI, some Thai gongs and kalimba - complete the sonic picture.

Also I created dozens of wavetables derived from the sampled sounds using the WT-oscillator to either layer it with samples or to make patches which only use electronic oscillators and no samples. 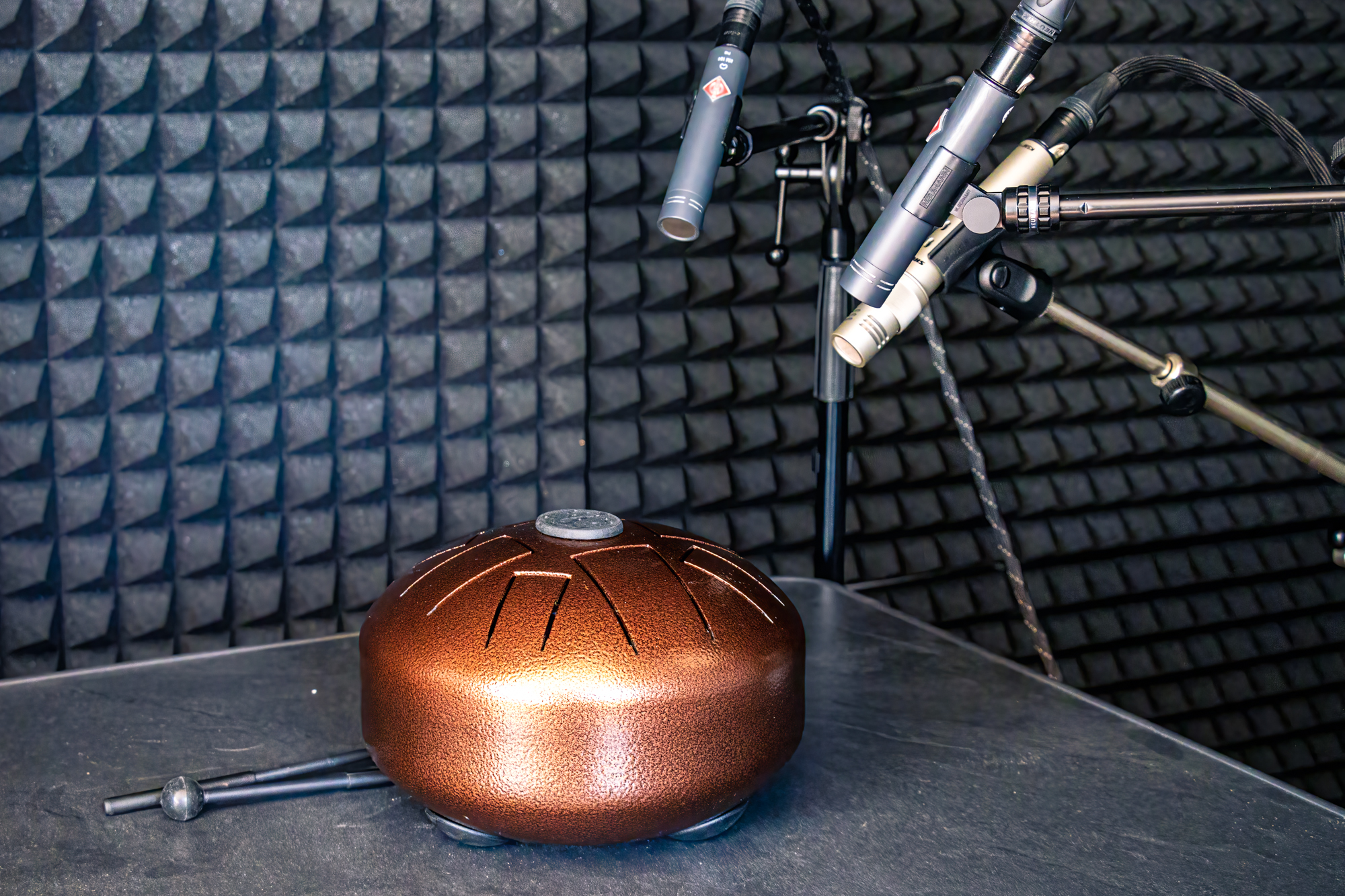 You've been a user of Falcon for quite some time now, how would you describe your approach and use of Falcon? Has it changed over time?

I’ve been a Falcon user since the Alpha testing and already used MachFive (Falcon’s predecessor) before that. I use Falcon as a real hybrid machine and often combine different oscillator types within a single patch, applying different filters, effects and re-triggering per note-modulations on keygroup level. I treasure the benefit of freely assigning Macros to almost every parameter available to enable the user to modify a patch.

As so many new modules have been added since the initial release back in 2015 my workflow has had to adapt over time of course, and lately with the addition of Stack FX and Feedback Machine - even on key-group level - a new plethora of possibilities opened. One result of that evolution is that I process samples less when preparing a Falcon sound library because I have so many effects and filtering options within Falcon.

How did you create the sound material for this Expansion, and what techniques did you use in the process?

All studio sounds are recorded with three high quality microphones in L-C-R, and the signals are phase-aligned, a technique I’ve been using since around 2015 which for me results in much better and clearer sounds than just stereo-micing things. Then each sample is checked for zero crossings, DC offset, azimuth balance, unwanted noises, so a lot of my time and energy is invested in producing the best possible quality for each sample. For the field recordings I use two long directional mics mounted on a boom, each mic mounted in a cage with a dead cat.

I also used a Zoom in various situations when close-mixing water action in the pool or placing the recorder very near to a fountain. I bought a big plastic basin for the water sampling in the studio and e.g. drowned various wah-wah tubes in it, drowning the instrument during its decay phase which produces those interesting glissandos. 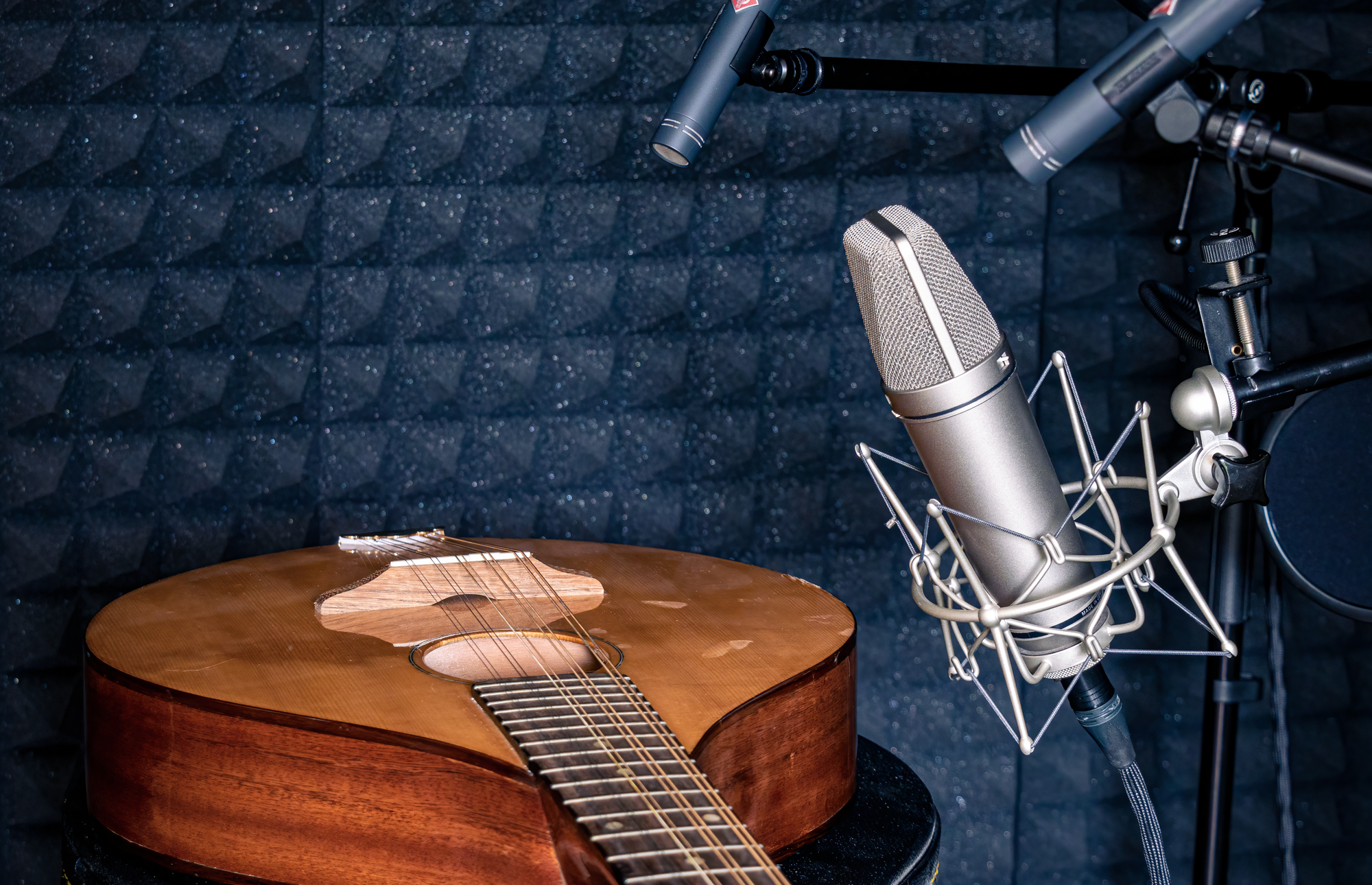 How would you describe this Expansion in relation to Plurality and Ether Fields, the two other expansions you developed for UVI? Do they complement each other in any way?

Eventually a user owning all three expansions would have to estimate this. From my point of view, I think that with Fluidity, a whole new type of sound is added, as quite a few of these patches have a strong focus on the elements water and air. In Plurality I focused more on unusual multi-sampled instruments like the glass harp, lithopone, lire, zither and electronic sounds and soundscapes derived thereof, and Ether Fields is a sort of panopticon of my sound design style at the time. 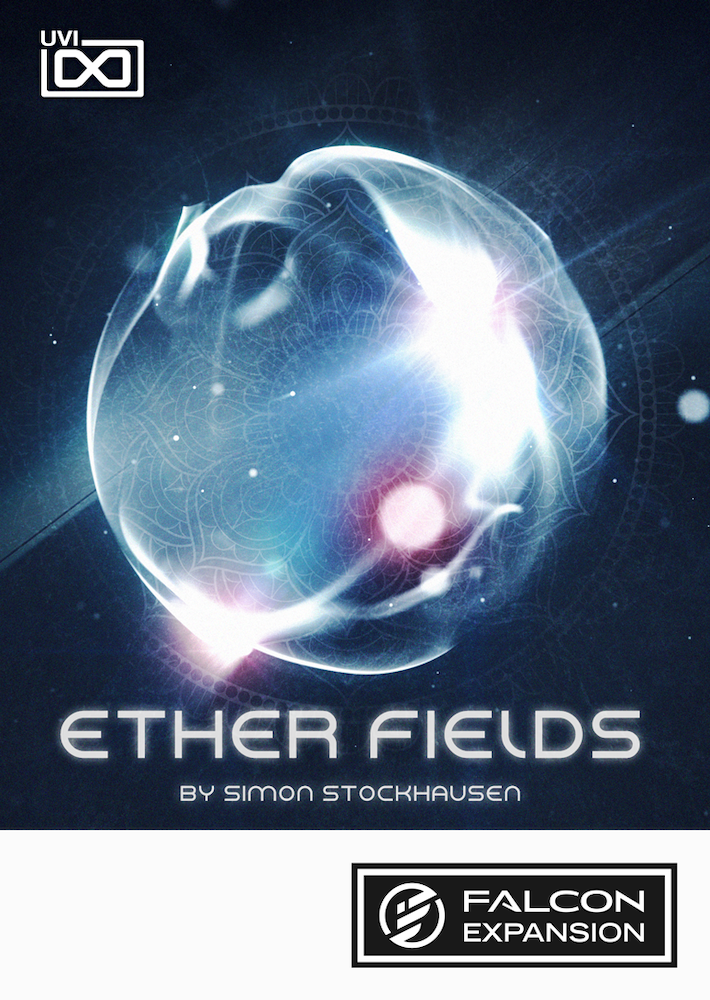 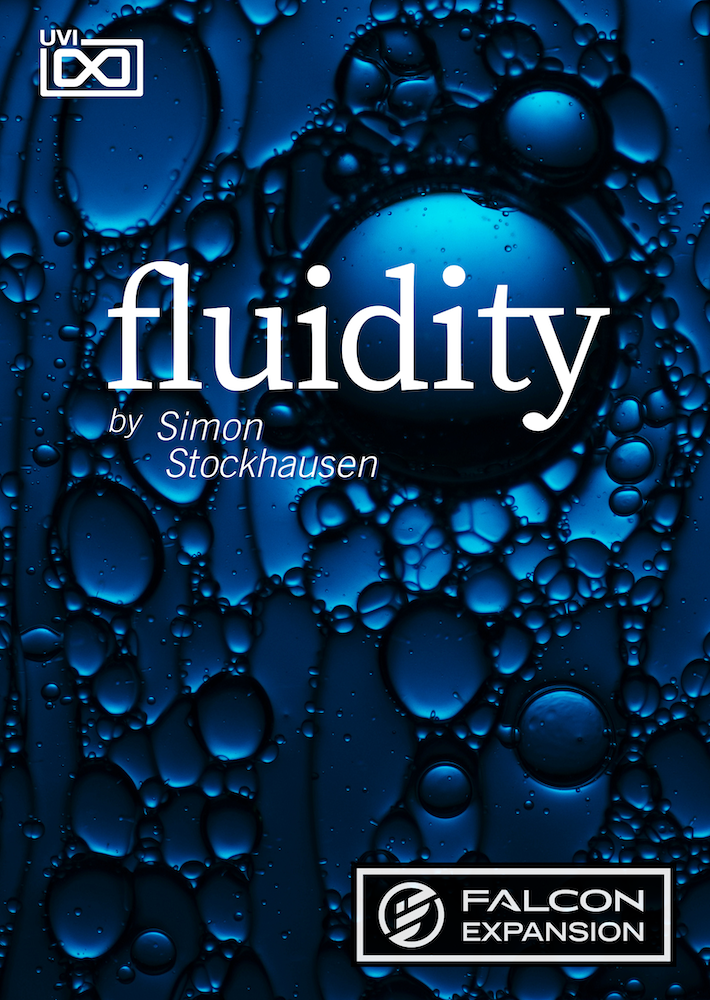 A sonic master-class exploring the continuous states of movement, flow, and passage through time.
>> Discover more 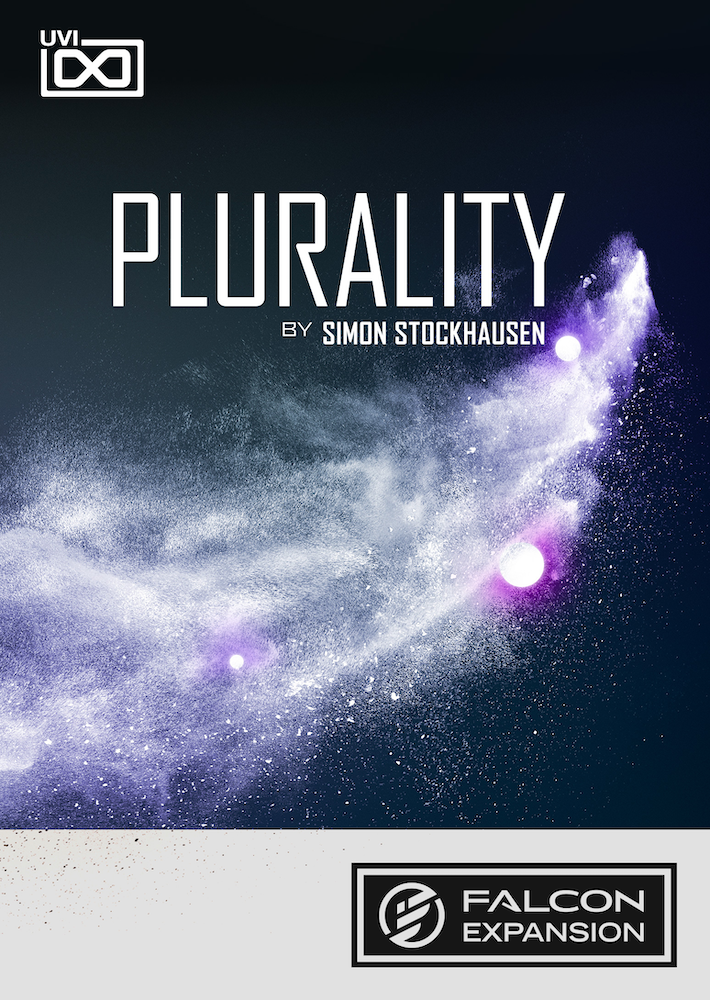 A collection of evocative and expressive cinematic sounds from a modern master of sound design.
>> Discover more