Today, we would like to share a special behind the scenes look at Augmented Orchestra, a very special piece of soundware that takes you beyond the ordinary. We’re extremely proud of this hybrid orchestral instrument and we think that once you hear a bit about the process of creating it, you’ll want to take Augmented Orchestra for a spin!

Where it all Started

Augmented Orchestra started out as a more traditional orchestral project, but we realized that orchestral music isn’t limited to a specific genre, set of instruments, or purpose any more. Modern scoring applications from film to gaming require so many different setups, layers of processing, synths, and expertly recorded acoustic instruments. Throughout our development and creative process we began to think about how modern musicians utilize the orchestra and how we could meet these composers where they were while at the same time pushing the boundaries of what people expect from an orchestral library. 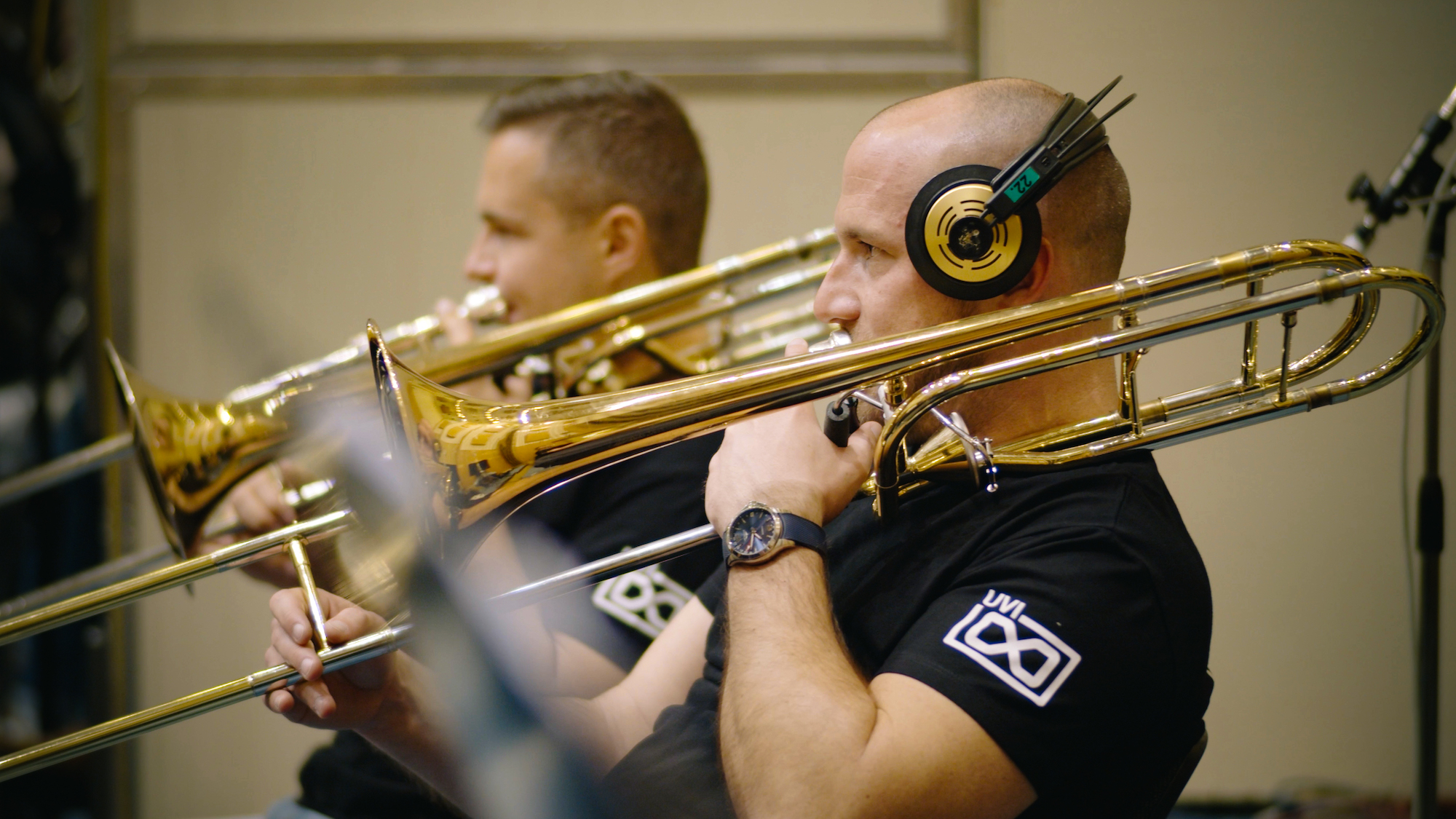 We knew from the beginning our orchestra had to be meticulously sampled with both traditional and non-traditional techniques. Staccato, marcato, unison, sustains, Bartok, harmonics, clusters, double-tongues, and more – they all had to be there. We wanted an instrument that was perfectly at home scoring a classical symphony, a modern action movie, or a chart-busting pop song. We thought about the way modern composers use orchestras and began to envision a ‘toolbox’ or ‘sandbox’ for scoring, music, and sonic experimentation. What started out as a diverse orchestra library quickly developed into much, much more.

How We Did It 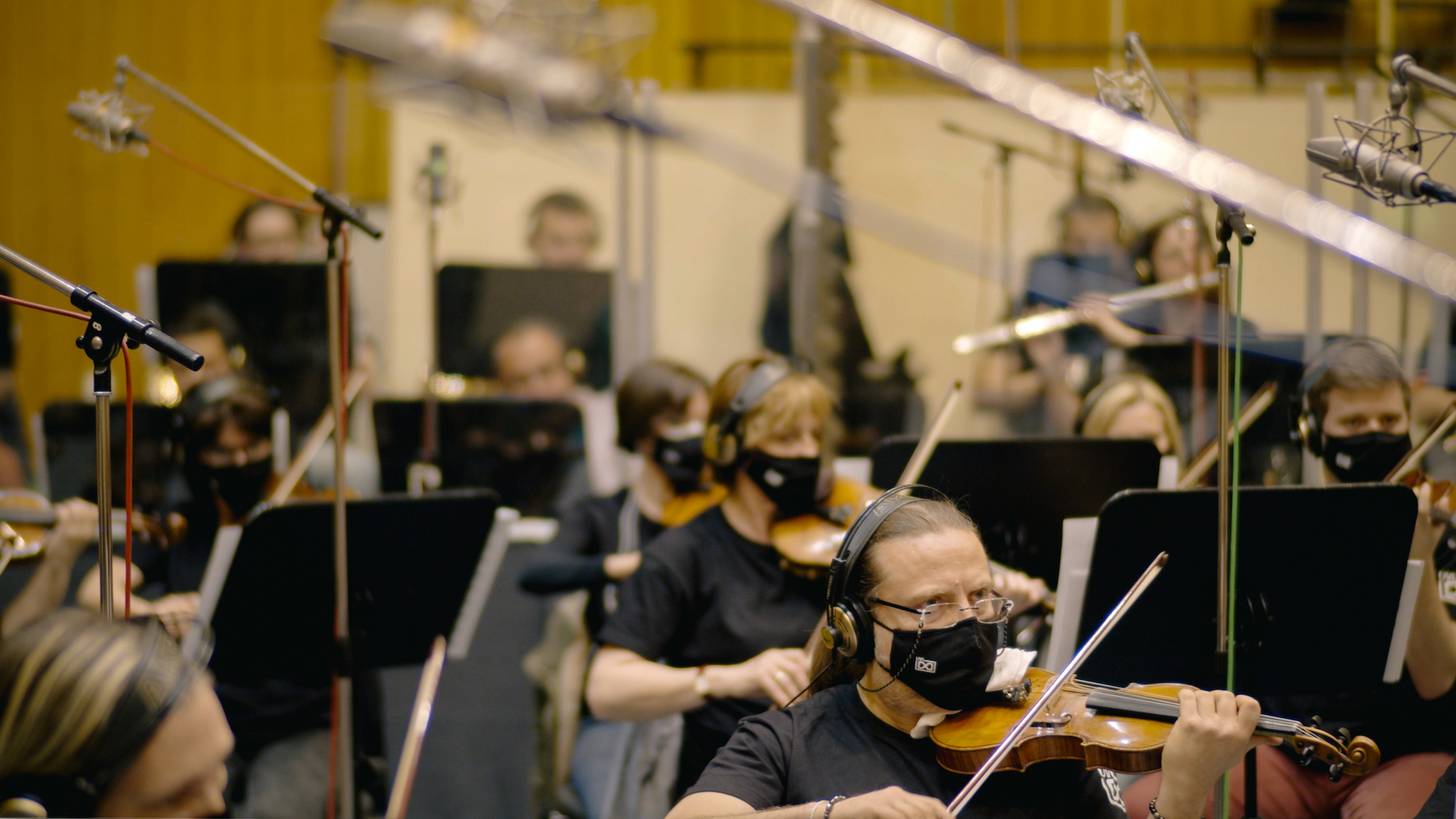 Our team knew right away we would need a dedicated orchestral performance auditorium to sample where the hardware setup was specifically designed for capturing detailed acoustic performances. We recorded the strings, brass, and woodwinds all separately with various techniques and articulations to make the instrument as ‘playable’ as possible while remaining versatile. We then sampled orchestral phrases and chords with multiple inversions and note configurations. Finally, we even brought in dissonant and surprising effects that can be found in the FX section of the sound library. We wanted this instrument to be equally at home producing a classic and convincing Ravel-like ostinato as it was making UFO landing sounds utilizing heavily affected strings. So many orchestral virtual instruments on the market make you choose between a ‘playable instrument’ or a ‘collection of rhythmic phrases’. The UVI team quickly realized that Augmented Orchestra should be so much more than either one of those, and we set out to make the most extensive and versatile instrument we could. Augmented Orchestra would be something completely new; a reworking of what an orchestra instrument could be – and something that we hadn’t even considered when we started out the process. 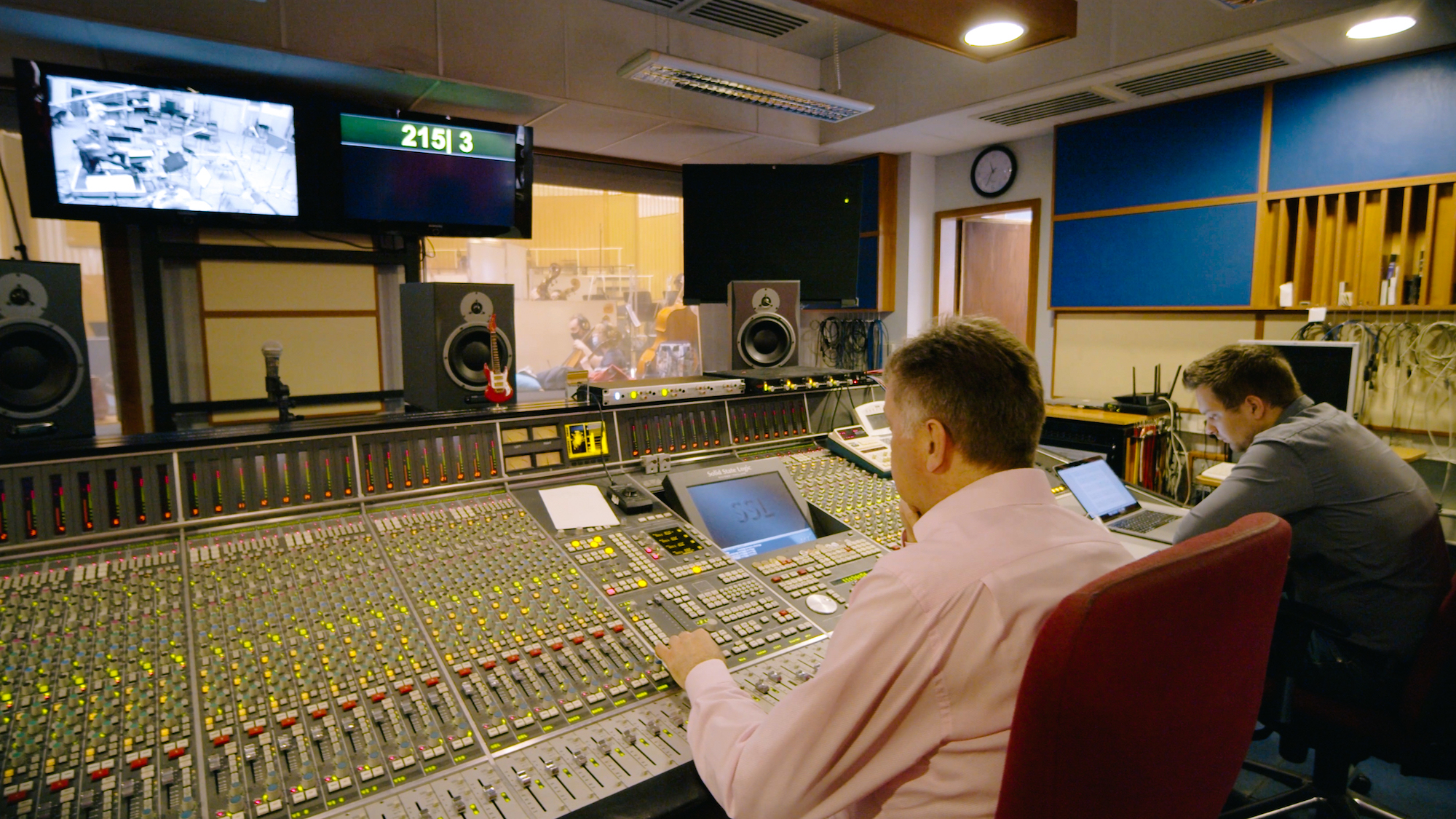 After logging over 62,000 samples of notes, phrases, chords, and sound effects our team decided to push the envelope of sonic exploration with additional synth layers and post processing. We brought in two legendary string synths with a variety of amps, guitar pedals, effects, and microphones to layer in with the acoustic tones. A taped orchestra was sampled at two different speeds through a 4-track cassette recorder. Finally, we decided to drop in some ‘synth stacks’ of up to 6 old school synths layered together bringing in synthesis techniques just made for pairing up with orchestral sounds. These synths ranged from analog to FM and were sampled through a SSL master chain. 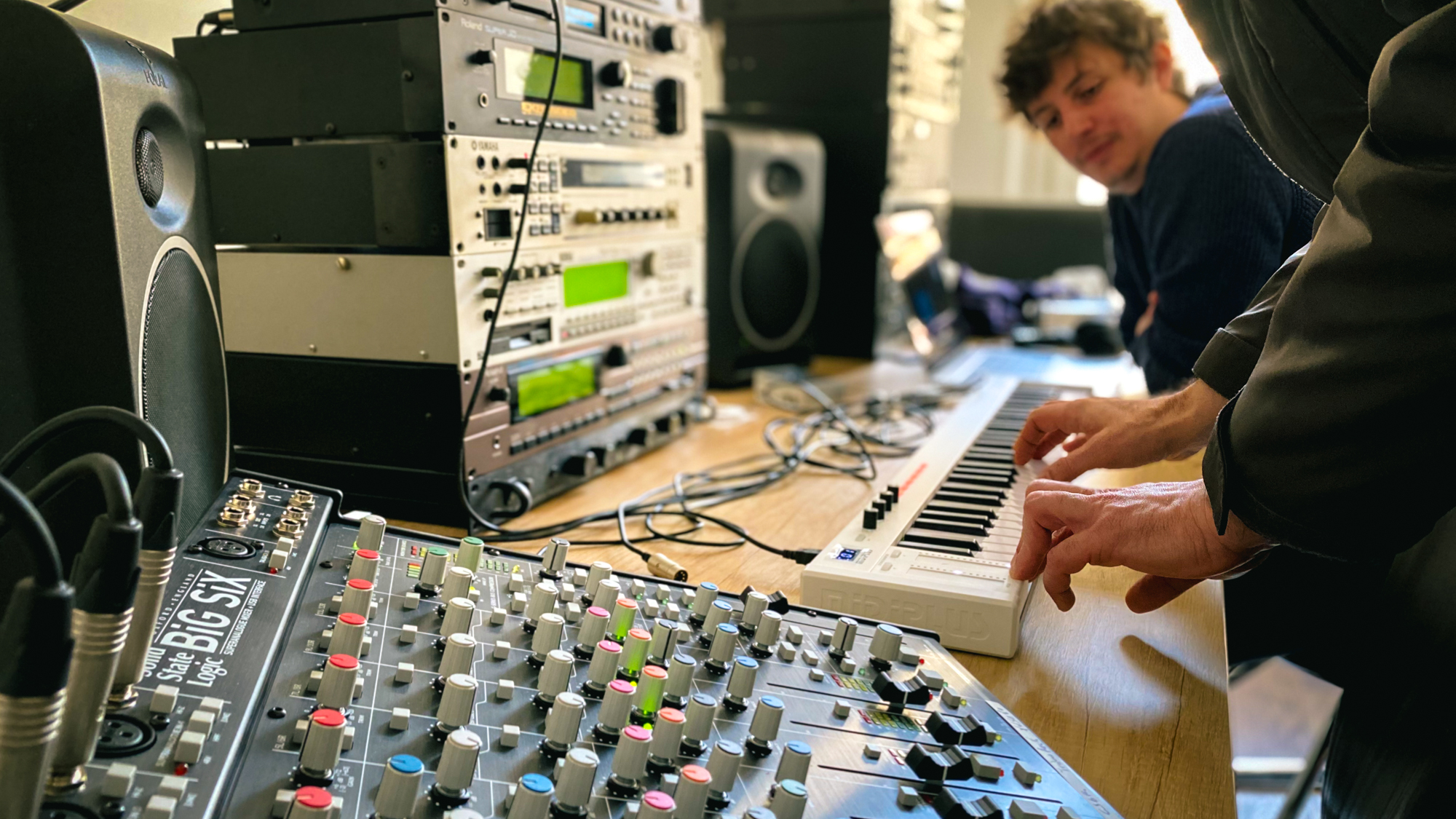 All of this work resulted in 520 presets, 450 layers of playing modes and sound sources, and well over 62,000 samples. We had to create a completely new engine to handle all of this, so the operation of Augmented Orchestra is extremely streamlined for the musician as the engine itself was developed with Augmented Orchestra specifically in mind!

The new engine for Augmented Orchestra has been specifically designed from scratch to offer the widest sound design range possibilities. Most parameters of the engine can be multi-modulated. From the effects to the synthesis engine, Augmented Orchestra offers a customization level that hasn’t ever been reached outside of Falcon – all while remaining incredibly accessible and fast for the user.

Some of the latest benefits of Falcon such as the VCF-20 filter and Feedback Machine effect have been integrated into Augmented Orchestra. You can also utilize complex modulation sources like Complex LFOs and Step Modulators.

Our team had a ton of fun designing these presets and worked overtime to map important options to the mod wheel. So many of our presets have depth and complexity already mapped to the wheel, and you can reach a high level of customization and deep sound design with a single finger. Things that would have been time-consuming to recreate with just the keyboard and arpeggiator are now right at your fingertips. From launching new layers of sound on command to crossfading articulations and modulating effects, the UVI team has developed so much sonic inspiration into so many patches for you to explore! 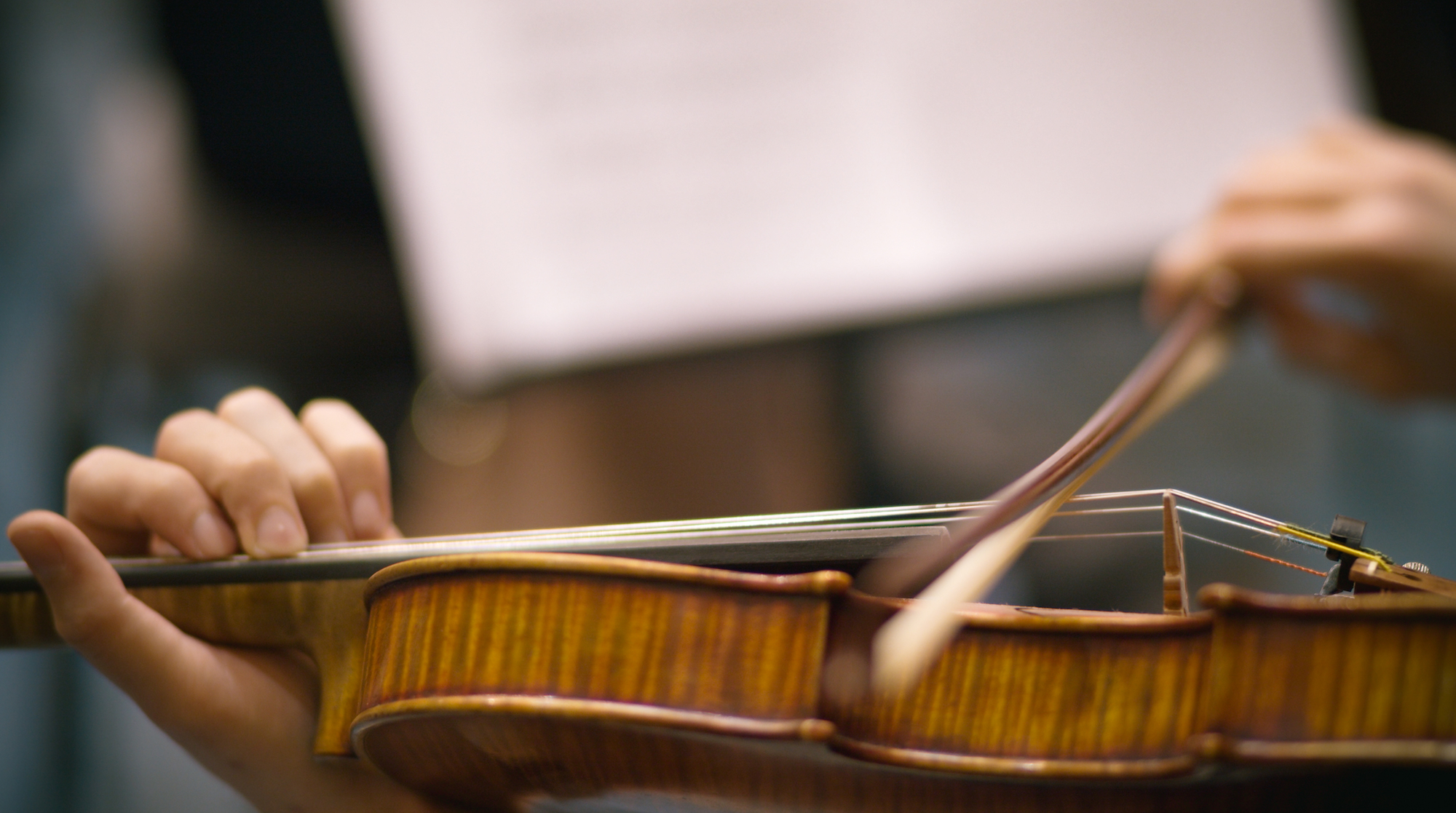