Synth Anthology 3 is a collection of over 3,500+ hand-crafted presets sampled from 132 hardware synthesizers, including many classics and rarities. In this UVI Focus article, we’re taking a closer look at 3 rare modular synths the UVI sound design team sampled for this collection.

The System IIIP is a sophisticated portable modular synthesizer developed by the American engineer Bob Moog and produced in the early 1970’s. This synth was one of the first complete modular synthesizers, with 37 hand-crafted modules housed in three portable wooden cabinets. Through this synth, Moog created a visionary instrument which is still re-created nowadays with the release of meticulous and handwired limited reissues.

The most notable use of the System IIIP was probably in the Beatles’ song “Here Comes The Sun”. Indeed, in August ‘69, George Harrisson brought his Moog synthesizer into the studio to finish recording the Abbey Road album sessions.

Palm Products GmbH, commonly known as PPG, was a German synthesizer manufacturer founded by Wolfgang Palm in Hamburg. After having produced several test prototypes, Palm commercialized his first synthesizer in 1976, a modular one called the “300 series”.

Again, although very sophisticated, not many units were sold, as it was specifically targeted towards electronic musicians, among which German electronic music band Tangerine Dream, who included the machine in many of their albums.

The first Modular System 11’s were built in 1976 by RSF, a French synth-maker founded by two brothers: Ruben and Serge Fernandez. The sound, build quality and reliability of the machines made the systems’ reputation. Altogether about twenty modular systems were sold, accounting for a total of more than 300 modules.

Later distilled into a keyboard version under the ‘Kobol’ name, the System 11 became fully-featured, allowing it to make its way to professional musicians including Jean-Michel Jarre, Kate Bush, Vince Clarke, Bernard Szajner, Vangelis, Peter Gabriel and many others.

Explore the sound of these machines and 130+ classic and rare ones in Synth Anthology 3. 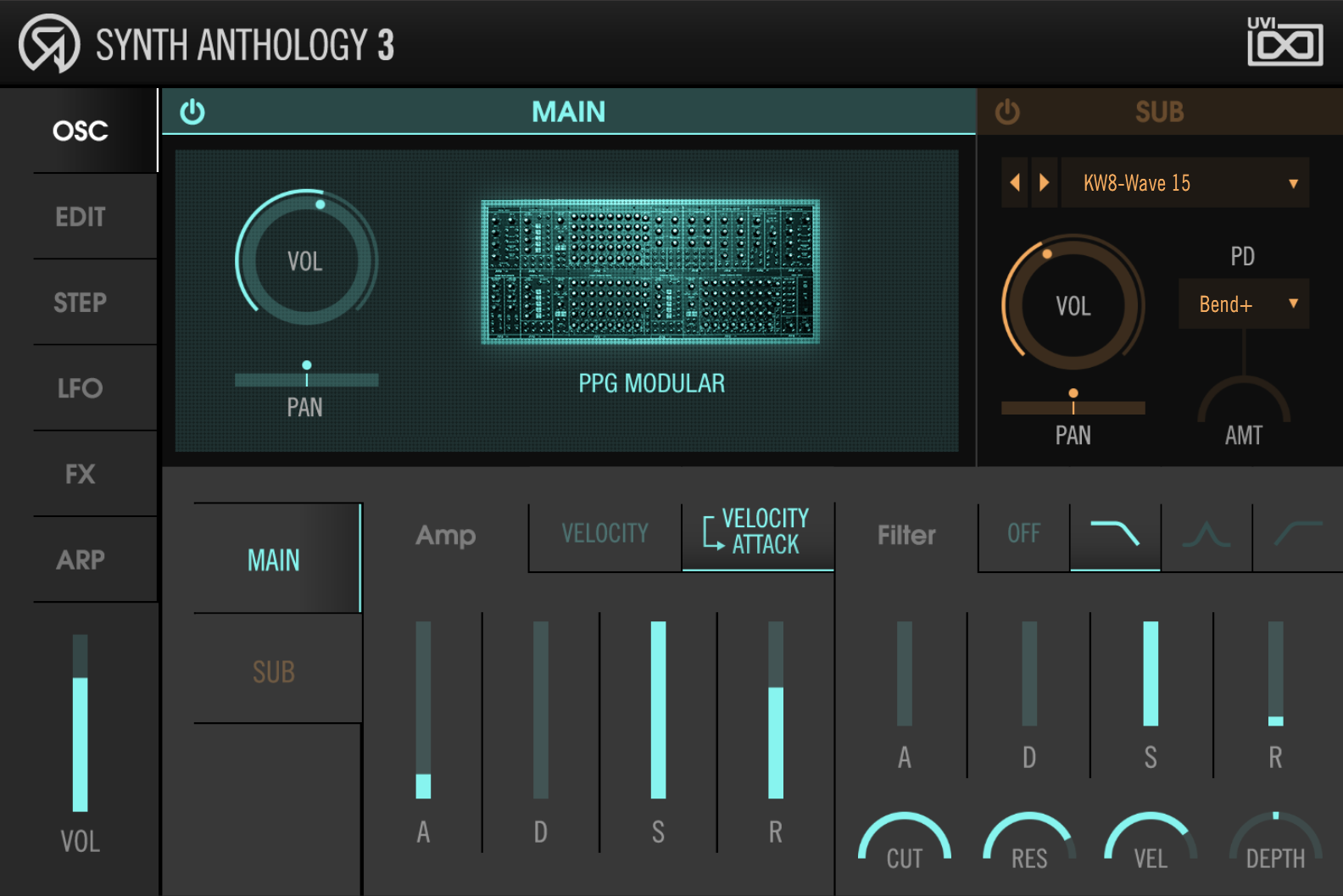